Where times are hard, people are ruthless and the land is unforgiving.

WARSAW, July 8, 2014 - CreativeForge Games, a Polish indie startup, launches a Kickstarter campaign for HARD WEST. Times are hard, people are ruthless and the land is unforgiving in this tactical turn-based western with exploration adventure.

Think X-Com combat with Heroes of Might and Magic world map. Arm yourself with a six-bullet Colt and nerves of steel and - if you dare - travel through infinite, inhospitable lands of forests, mountains, prairie. The places where law is unknown or corrupted, where wraiths whisper strange and terrible things in their ghost towns, where devil himself can wear hat and act like a sheriff. Be ready for difficult decisions, deceptive gunfights and inexplicable mystic element.

Is there any rule that cannot be broken in hardest of times? Will you sell your soul to devil to realize vengeance? Extasy of gold can guide you into horrible actions: burning churches and wiping out cities. In the other hand you will prove you are even more dangerous if you can stay lawful no matter what. But remember - in “Hard West” it is better to stay alive than right.

The game went live on Kickstarter a moment ago.

Will be released on PC at second quarter of 2015.

In a nutshell, Hard West is a turn-based squad tactical with adventurous world exploration. Think X-Com combat with Heroes of Might and Magic world map.

The combat is fast. The whole combat encounter takes no more than 5-10 minutes. It’s short, bloody, and decisive. All it takes is one well laid shot. It’s just not that easy to put yourself in the proper position.

No peeling off HPs. HPs represent the ability to withstand a shot or two, alternatively to sustain a powerful blow.

There’s little randomization: you either make good predictions and good decisions to land a kill, or you die. There’s no victory without risk, but it’s a well calculated risk.

Creating cover - some objects can be modified to serve as cover.

The world is packed with adventures, stories, treasures, hideouts, mysteries, secrets and surprises. It’s a box of gruesome chocolates. Events aim to astonish you with how bad or how good they are. There’s no mediocrity.

People are destroyed by each other, by the unforgiving land, and eventually by their own vices.

It’s easy to destroy and kill, and much harder to survive and build something. With long enough timeline, the survival rate of everything drops to zero. There’s a shortage of everything, except weapons. And yet the liquor and drugs are in the highest of demands, and can buy you everything.

There are five key ideas that are combined to set the gameplay and mood.

Hard West sun is not the lifegiver, but the lifetaker. The land is scorched. Farming is hard, water is expensive. In combat sun can be blinding, enemies lurk in the dark, and spotting an enemy shadow can really turn the tide.

Hard West, just as life, blends the reality and nightmares. Nightmares feel real at first. And sometimes it’s worse - sometimes they ain’t dreams at all. And sometimes you never even get to know.

This is a time for infamous legends. The best gunfighters can do all kind of epic tricks, ranging from double wielding and fanning, all the way to controlled ricochets and curving bullet trajectory.

Apart from the period's authentic, Hard West will contain a load of wacky gunsmith experiments. Half-a-pound bullet rifle? Of course. Four-barrelled shotgun? Here you go, Mister. Just because you never heard of'em doesn't mean you can't have one in Hard West.

What is hell? How will it look like? Is the devil really walking the earth? What becomes of me after I die? Hard West revolves around the "maybe truths". 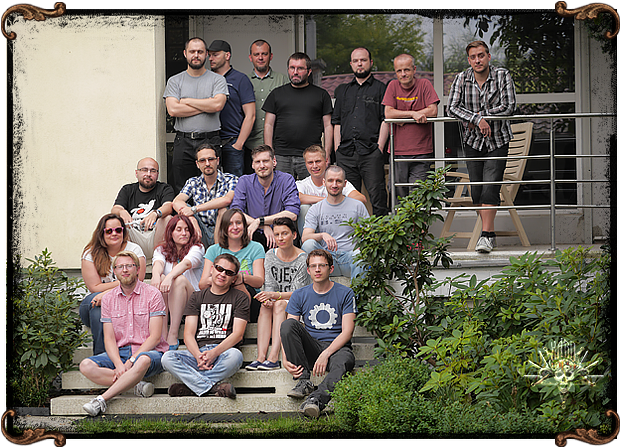 We complement each other with experience and passion to create more and more powerful games. Our our first project will be released in just a moment... but not just yet (see the message from our CEO in the video above).

The base sum of money will allow us to implement the elements below. We’ll soon reveal the stretch goals that will add to this.

This will be a bit messy, but meaty. Here's the basic list of features that will be included in the game, if we reach the goal: